Walki Plastiroll´s Bioska films were an example of those plastics that had the fastest biodegradability.

Biodegradable plastics material acknowledged as a vital solution in the battle against plastic waste in our seas. Besides these, there was limited research on how biodegradable packaging materials perform in marine conditions.

Due to a long project, Ubinam project, SYKE examined numerous of different biodegradable films and materials, both practically outside and lab tests. Also, within these investigations, SYKE examined Walki’s new transparent packaging films called Bioska 501 and Bioska+. Samples of the material fixed in the Baltic Sea on the southwest coast of Finland for six, respectively, 12 months. The study determined that the Bioska films had one of the fastest biodegradability: and nothing left of the materials already after six months.

An additional laboratory test confirmed the results. The same substances were studied in a one-month long laboratory trial. The conclusions were in line with the sea tests: the materials biodegraded rapidly.

“These outcomes are very reassuring as EU is challenging conventional plastic with many new directives, including plastic product bans, some coming into force already 2020 Jani Avellan, R&D Director, Innovations. 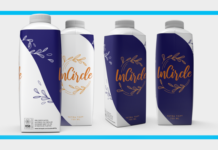 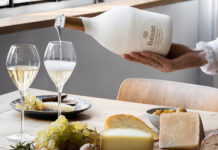 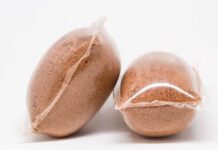 Nestlé and Starbucks launch Starbucks coffee creamers in the U.S.

First, of the kind, Bamboo water bottle launched in India

ABOUT US
We empower your ideas and add uniqueness to your product through each and every minute aspects of packaging. We are proud to announce the first ever packaging website which is amalgamated with Packaging industry directory and every P to Every G of Packaging. Packaging GURUji is the pivot for online promotions of any packaging product and witnessing its business across the globe. You are at a few steps ahead to expand your vision and converting it into action through us.
Contact us: packagingguruji@gmail.com
FOLLOW US
© 2020, All Rights Reserved.
MORE STORIES